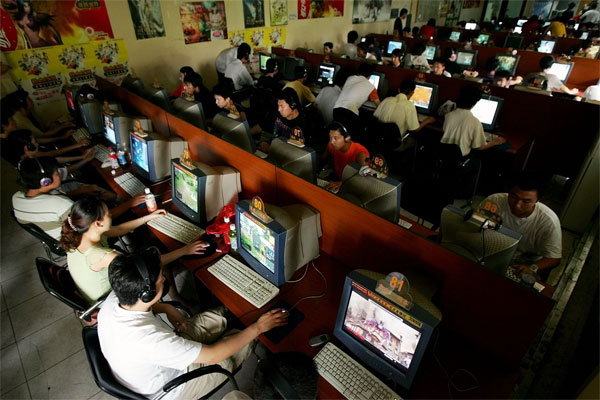 Asia’s internet users are poised to shape the future 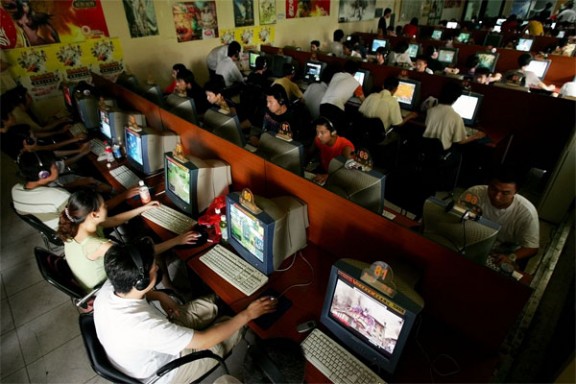 In Shenzhen, two days after Steve Jobs had done his bit in California, I was offered a brand new iPad 2 in a market. “Really? You have knockoff iPad 2s already? Working ones? ‘Well, not so much working as looking’, the guy said. ‘You want working you need to come back in a couple of weeks. You want looking one?’

No thanks, I’ll pass. It reminded me of the guy in MBK, the massive, manic mall in central Bangkok with a floor twice the size of St Lukes with hundreds, perhaps thousands of stores that sell only phones, net devices and accessories, who said just after the first model hit the market – before local release when they were still ‘gray’ – that he could hardly keep up with the demand.

“Some people are buying five,” he said, “one for each member of the family.” There are many reasons I know I’m in Asia. The fact that neither of those two stories raised an eyebrow with me was just one of them.

At the time of writing, some 500 million Chinese use the internet, overwhelmingly via phone, and that number is expected to rise to over 700 million within 18 months. Over 50 percent of the content they access is domestically generated – which means it’s in Chinese script, not English. I cannot read it, and Western search engines have trouble collating information on it. From experience, Google is nigh-on useless in much of Asia. The same pattern is repeated across the continent. Two thirds of the population of Bangkok are on Facebook, and it’s rare to find a person on the same network in Indonesia with under 1000 friends – everyone asks everyone and nobody says no, regardless of whether you know the person or not. There are also 17,000 free wifi hotspots in Bangkok.

Social networks here are a fetish, an obsession, and have not even begun to reach their potential. What is an increasing mature market in the West is just teetering on emerging levels here. And almost none of it is in English. Vast amounts of it are not even Roman script. The overwhelming majority of the people connected to the internet in Asia speak little or no English, a percentage that will shrink even more as the Internet rapidly penetrates deeper into the non-urban populations of these countries. There’s a boom in R&D spending in Asia, with China now having five times the numbers of science graduates each year as the United States and trouncing that nation in global reading, maths and science educational standards last year.

Given all that, it is reasonable to assume, given the market and depth of investment, that next crucial web user-app – the next Facebook or Twitter – may well come from a non-English speaking or non-Western source. Further, it’s reasonable to also assume that one of those two million annual Sino science graduates will perhaps have an idea that makes the iPad look prehistoric in a few years. It’s perhaps more of stretch to assume that they won’t.

In other words, the internet and all that implies is moving towards Asia, and at an extraordinary speed. The fulcrum of the planet is shifting as it does every few centuries. Not only is the conversation changing but also the way it is conducted is quickly mutating into something that may well be unrecognisable to the much of the original internet demographic. The ramifications of this are potentially game changing too. Western cultural icons – the pop stars, the movies and the faces – will no longer dominate. Watching the First World flurry about Charlie Sheen and Rebecca Black from Asia was bemusing – they meant nothing over here.

I listened to the biggest Thai TV chat host talking about how he’d said no to a Beiber interview in preference to a K-pop star who carried far more pop-cultural weight in the region. This too moves the power of content providers from the traditional power base in the US, Europe and Japan, in the direction of the emerging Asian economies. The huge media corporations of Asia, largely unknown beyond the region, will control more and more of the consumed culture of the net.

As the conversation and the language of the internet changes, the histories and deeper cultural context of the focus on it must move too, providing, at the very least a final societal declaration of independence for nations that have long had their stories told in the context of the Western experience.

For Chinese, the Opium Wars are as historically pivotal as the US Civil War or the Vietnam War and it defined the nation in a way most of us from elsewhere still fail to understand. The events that defined and shaped Indonesia, and are taught to every child in that country of quarter of a billion people, few beyond Asia have ever heard of. These are revolutionary movements that have the potential, for the first time since the Industrial Revolution, to radically re-order the global tilt.

These truly are interesting times.