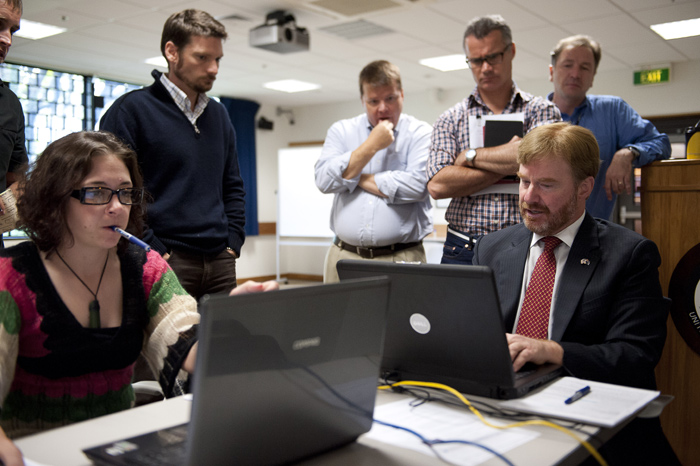 Social media is key to US diplomacy in NZ 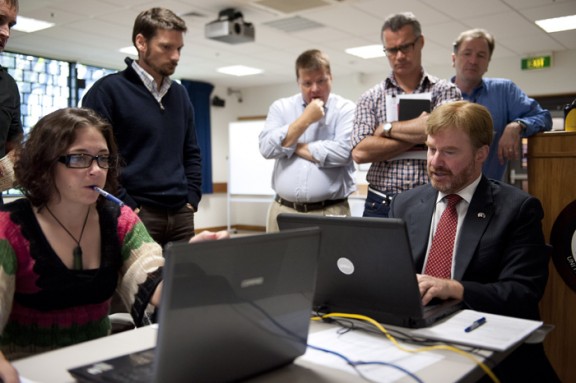 Diplomats are increasingly using social media to promote their countries’ foreign policy. Leading from the front is the US Embassy in Wellington and its social savvy Ambassador.

The American Ambassador to New Zealand and Samoa, David Huebner, is all for embracing innovation in diplomacy or, in foreign policy speak, 21st Century statecraft. One very important demonstration of how diplomacy is moving with the times is the way the Embassy in Wellington has adopted social media as a form of diplomatic outreach.

This innovation in diplomatic public relations was recently recognised in January when Public Affairs Asia honored the Ambassador and his team with the Gold Standard Award for Social Media Communications at its annual awards event in Singapore.

The Gold Standard Awards recognise achievement in the Asia and Pacific regions across a wide range of public affairs and communications activity, including in social media. Public Affairs Asia is the leading public affairs professional organisation in the region, serving as a thought leadership platform for corporate communicators.

A panel of leading industry judges narrowed the many nominees in the social media category to a short list composed of Research in Motion (RIM), Kraft Foods Australia, Johnnie Walker Black Label, and American Mission New Zealand (aka the US Embassy). The Ambassador and his team were selected as the ultimate winners based on an in-depth, comprehensive review of all four nominees’ social media activities and outcomes.

The Embassy’s activities fit within, and often exceed, the goals set by President Barack Obama and Secretary of State Hillary Clinton, both of whom have spoken frequently about cyber issues, innovations in diplomacy, and internet-based entrepreneurship and human rights efforts. It is clear that the US Government has embraced the transformative importance of interactive social media communication, which helps advance international understanding and problem-solving by creating and networking online communities. For its part, the Embassy is well ahead of the general curve because it recognised that the tools it was experimenting with are now setting a new norm with significant ramifications for staffing, funding, strategy, and outreach. The Embassy has evolved from the experimental phase to operational integration.

Ambassador Huebner says social media should not be looked upon as a “novelty, a stand-alone function, or a nice accessory on display”.

“That’s misunderstanding the power, opportunity, and great risk posed by global cyber interconnectivity. We recognise that the Internet has fundamentally changed the way people access information and communicate with each other, and thus has irrevocably changed the landscape on which diplomats function. We have embraced the change and have worked hard for the past two years to engineer social media into the DNA of our operations.”

The Ambassador reports, for example, that he spends more than 20% of his own work time on social media activities including engaging with cyber communities, participating directly in Embassy cyber events, managing his own Twitter and Facebook networks, guest appearing on other people’s platforms, and writing his own blog (www.DavidHuebner.com) to which he posted 20 times just last month. That time allocation is up from 0% for an Ambassador, historically.

The Embassy is not relying just on one person, though. It has instituted a multiple hub-and-spoke approach for social media that includes not only public affairs but also political, economic, public diplomacy, youth, agricultural, commercial, and other staff. The evidence is the Embassy’s multiple Twitter handles, numerous Facebook pages, its sports diplomacy blog, the impending launch of a Science and Technology blog, regular digital video conference events, and streamed special events such as Secretary Clinton’s town hall from Christchurch and the Ambassador’s roundtable with scientists from Antarctica.

In addition to creating a broad, organic platform, the Embassy recognised the importance of interactivity. “Diplomacy should be about conversations, not dueling press releases that nobody reads.”  Recently, for example, the Embassy held a successful Twitter Q&A session on New Zealand bilateral relations, US engagement in the Pacific, and human rights advocacy. The Ambassador and other Embassy employees were on hand to answer the wide range of questions posed by tweeps. The Embassy will be holding regular Twitter Q&A’s on a variety of particular issues, to be advertised in advance on @davidhuebner and @usembassynz.

Ambassador Huebner notes that there is uncharted territory ahead. “If social media engagement were easy, predictable, and risk-free, every government, corporate, or advocacy organisation would be doing it. But it’s not. Instead, it’s a bit like surfing. The wave can crush you or carry you forward. And often it does both in quick succession. My philosophy, though, is that it’s always best to paddle out to the incoming wave and learn to ride it, even if you get knocked around a bit.”

The US Embassy is embracing this new form of communication and is looking forward to working with Social Media NZ on a project that will reveal itself in the coming months. Without giving too much away, it is a project that will interest those whose views of the Internet and social media have also moved from the “experimental” to “operational”. Stay tuned.