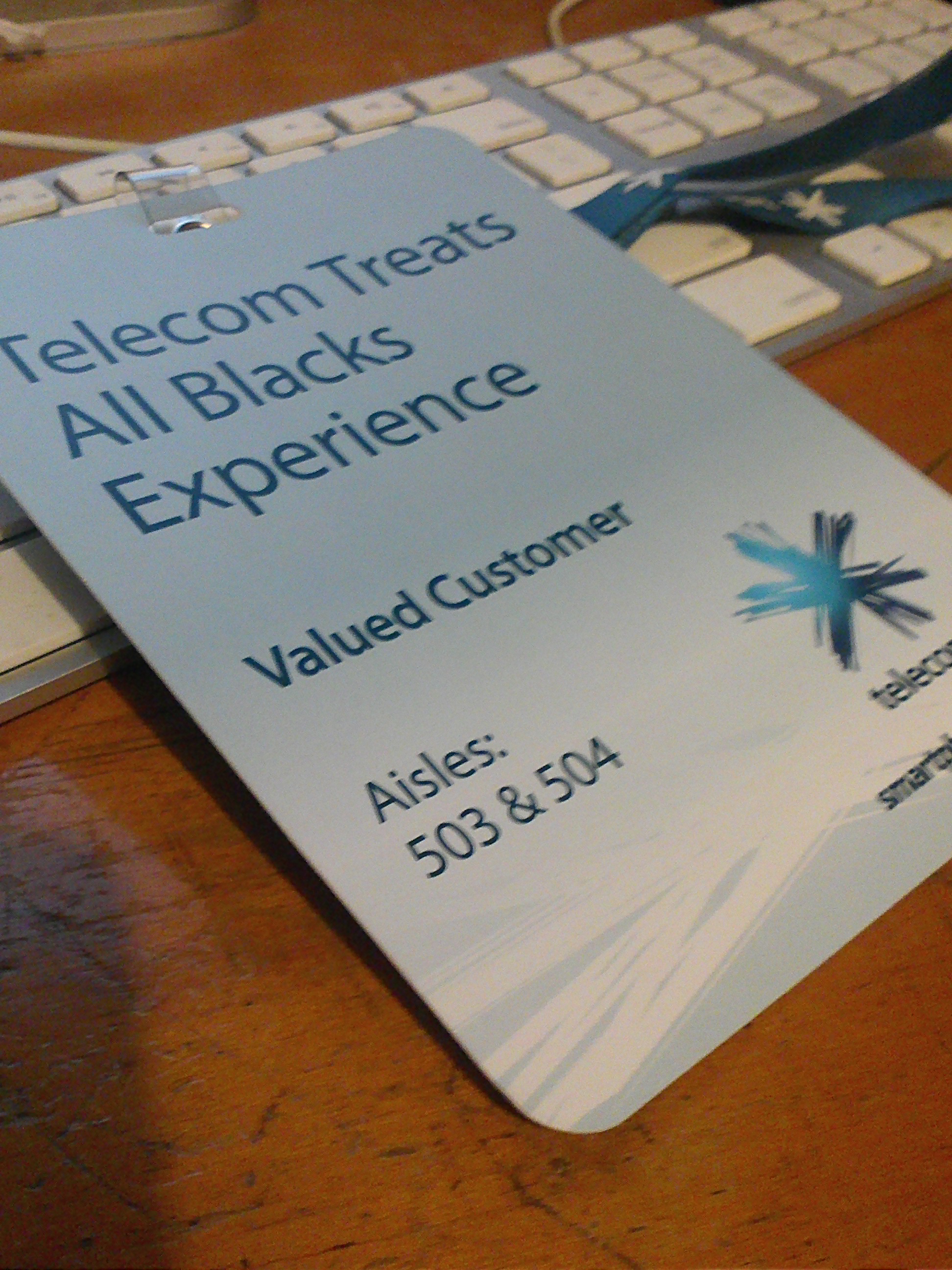 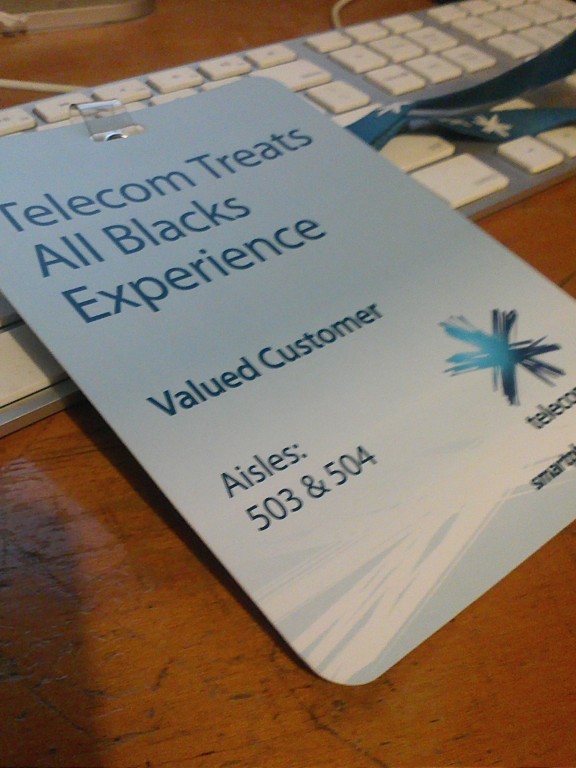 Telecom is running a clever twitter-based campaign rewarding their 17K-odd fans with treats ranging from free data to laps in a Porsche and rugby tickets. John Lai shares his thoughts here.

Last weekend, the good folks at Telecom New Zealand flew us and Concrete Playground down to Dunedin to watch the ABs cream the Springboks as part of their #Tweet4Treats – the latest attempt by the telco to bridge the gap between their online and offline worlds.

“Channel integration” has been a mantra in the marketing world for years. But while marketers continue to be hypnotised by the shiny new toy, we’re not seeing many actually make the leap to connect their social media presences to their offline activity. Telecom’s #Tweet4Treats does this really well.

Telecom wanted to “give back” to their audience in a big way to show appreciation for their support, so they took to twitter to reward their 17,000+ followers with a seemingly limitless array of treats. Followers can tweet requests for almost anything – from free minutes and data, through to a boat, a new iPhone5 and rugby tickets. In fact, we had the opportunity to get involved in the  All Blacks vs South Africa game giveaway while we were in Dunedin, doing a fun twitter hunt.

Telecom New Zealand decided not to stop their #Tweet4Treats experience there, they designed a “Treats application” for iPhone and Android users, which is a web-based app that not only houses game tickets via QR codes that are scanned upon entry, it also pre-orders your food, as well as gives users the ability to listen to live commentary of the game and access FREE WI-FI in the stadium! Where was this for the Rugby World Cup?! 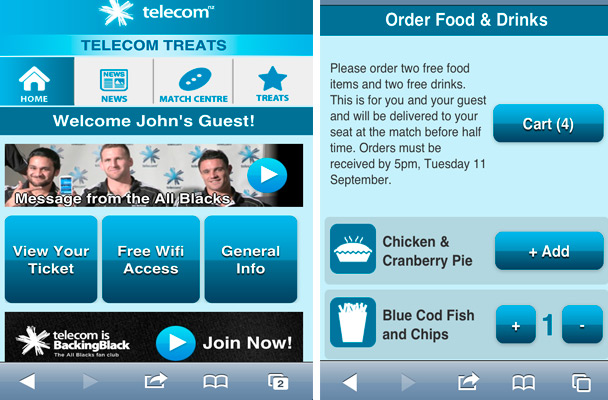 So, will the campaign be a successful one? It’ll be interesting to hear how it performs against Telecom’s goals but in terms of building that crucial online/offline integration, I give it a tick. In the meantime, you can still send Telecom your wishes, just be sure to include the #Tweet4Treats tag.

What #Tweet4Treats would you like from Telecom? Who else do you think is doing a good job of integrating their online and offline activity?

The Stuff Nation: A brave new world or a boring new commenting system? Previous post
How cheeky fans on your Facebook page could lead to an expensive legal nightmare Next post