Hillary Clinton for president? Is America ready for a female president, straight after its first black president? I HOPE SO!

And it seems the interweb may think so too. Hilary (and co, actually, more probably like, just her co) have launched a new website hillaryclintonoffice.com. The website is pretty plain, it has a sweet photo of old Hils looking pretty nice, and a single button to click to contact her. 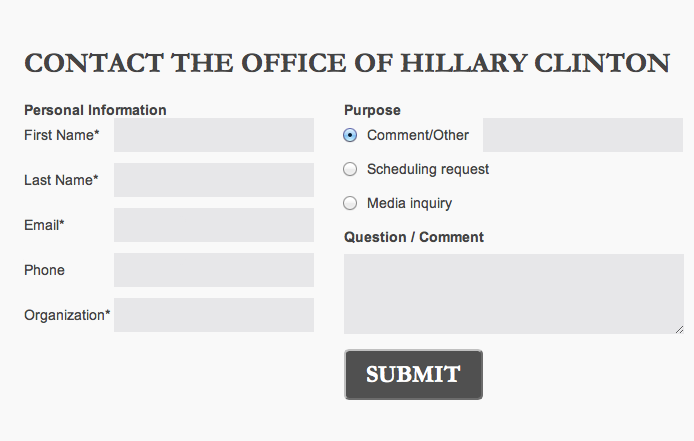 Pretty simple, easy, and according to some, a front for what she is really planning – to run for office in 2016. This would make sense, as it is called HILLARY CLINTON OFFICE. As in like, it’s her office. While old Hils hasn’t been feeling the best lately health wise, I reckon she is still in a better state then old whats-his-name who ran with Sarah Palin (you know, the guy with the white hair). He looked about 400. If a bloke that old can run for president, I can’t see why a woman a quarter of his age can’t.

I am willing to put a whole FIVE DOLLAR down to bet that Hillary will announce that she is running for President (or, Lady President) from this website at some stage. She has clearly taken a step back from the Obama Administration so she can a) prepare abd b) distance herself from any crap in the next 4 years that everyone blames the president for (like guns in school, that must be his fault right) so she can run (somewhat) unattached.