You can now send messages on Pinterest. This continuing social media convergence has seen platforms borrow features from each other, making them more and more alike. Facebook is becoming Tumblr; Instagram is becoming Snapchat, and Twitter (bless it) is continuing to be a faster-paced version of the message board you loved in 2003.

The familiar UI looks suspiciously like Facebook’s chatheads – you’re notified of messages in the top right of the screen, and a little bubble appears in the lower left for each conversation. To start a conversation, you can click the Send button on any pin or board (or dragging a pin onto the chathead) and send to your connections (including Facebook friends, Twitter handles, or keep things old-school and send to an email).

Chat doesn’t have to include pins – but a pin within a chat can be re-sent (pinception). 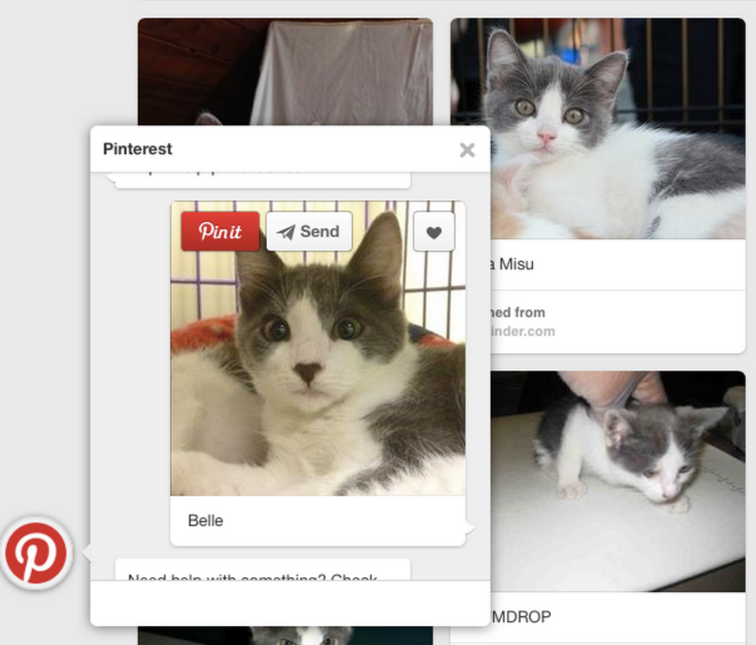 Because of the Facebook-esque UI and the commonly held belief that all web developers are magic (well why didn’t it have chat before? It can’t be that hard to write a chat program!) I suspect many users will pick up this functionality and use it like it’s always been there.

Chat is great news if your brand’s on Pinterest – you can now message users directly, as long as they’re following a board.

You can also send to a group – Pinterest uses the example of “planning a camping trip” seemingly unironically. (Who plans a camping trip on Pinterest? A lot of people, it seems.)

It may open the door to Pinterest spam – users are already requesting the option to turn this functionality off. However, Facebook doesn’t really have this issue, so I guess we can assume that the developers/wizards that make the internet go are all over it.

It’s marvelous not to have to switch to email to share the pins I love with friends. This extra layer of functionality means that Pinterest is even more simple – and gives you one less reason to close that tab.

Are you using the new messaging feature? What are your thoughts?