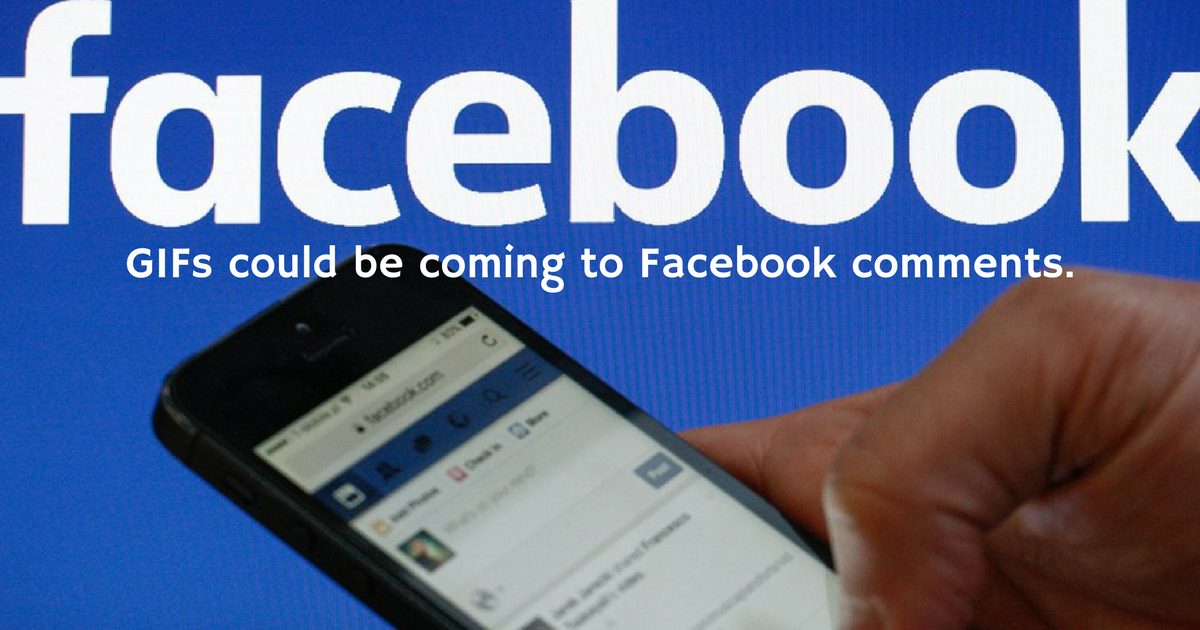 Samantha ChalmersMarch 27, 2017Comments Off on GIFs could be coming to Facebook comments0245

This week, Facebook are testing a GIF button in the comments section with a small number of users. The feature will work similarly to the way GIFs are currently available in Messenger – via a GIF button that will allow users to search through GIFs from providers like Giphy and Tenor. Whilst users still won’t be given the ability to share GIFs as News Feed posts, this test seems like a promising step in the right direction from Facebook.

Whilst Facebook had the capacity to support GIFs in the comments for years, they never released it. They explain their decision to not support this feature as wariness towards cluttering the News Feed and distracting users from content. However, with so many videos autoplaying as you scroll, and more than 22 million GIFs being sent on Messenger daily, their reasoning was wearing thin. Now, they have decided to test the waters.

“Everyone loves a good GIF and we know that people want to be able to use them in comments. So we’re about to start testing the ability to add GIFs to comments and we’ll share more when we can, but for now we repeat that this is just a test.”

Logic tells us that if the test is well received by the small test group, we could soon be seeing Facebook comments filled with ‘reaction GIFs’, and they could end up being the next big thing following the success of Reactions last year.

How to Make Your Own Instagram AR Filters: A Step-by-Step Guide