Meet you at the e-sports bar – Auckland BarCraft 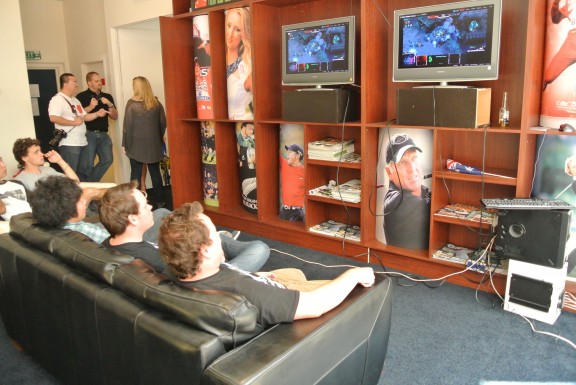 Social media is certainly not new to gaming communities. But for Auckland’s recent BarCraft event, social media was utilised in a way that brought gamers together in an uncharacteristically social fashion.

In his native South Korea, Jung Jong-Hyun likely can’t walk down the street without being harassed by adoring fans. The 21-year-old is not an actor, a contestant from Korea’s Got Talent, nor an athlete. Jong-Hyun is a professional StarCraft II player.

As far as competitive gaming goes, it doesn’t get much bigger than StarCraft, which generates the biggest spectator audience in gaming. Competitive matches are broadcast over three television networks in South Korea, where the best players are essentially celebrities, and many have struck sponsorship deals in the hundreds of thousands of dollars. That’s not counting the serious prize money that’s up for grabs at major tournaments.

While there isn’t the following to justify TV broadcasts in other countries, StarCraft fans are well known to follow the competitive scene by streaming major matches online at all hours of the day or night – just like an expat Kiwi might for an All Blacks match or a Briton for English Premier League games.

A plucky crew in Seattle saw the potential to unify fans with BarCraft: an event where the most eagerly anticipated events are streamed to a bar in high-definition. It’s also an uncharacteristically social way (in the traditional sense) to bring the game’s community together to watch matches and enjoy each other’s company. 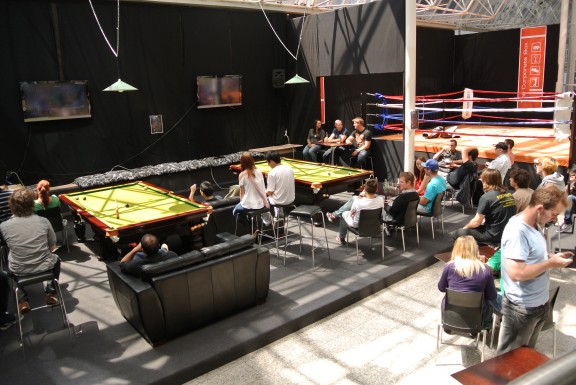 Local gaming enthusiast Byron McLean wasn’t even a particularly keen StarCraft fan when he decided to try his hand at running New Zealand’s own chapter of the event. But as a one-time competitive Counter-Strike player, he’s keen to see the growing legitimacy of e-sports recognised. And leveraging the immense popularity of StarCraft is an excellent means of doing just that. “Whatever people want to watch, if they’re gonna turn up, then those are the things that we wanna do, and the reason we wanna do that is because we want to really drive a better level of engagement and noise in the gaming community in New Zealand,” says McLean.

Auckland’s BarCraft took place on Saturday, February 25th at The Corporate Box in the central city. It took only the promise of a hosted live stream from the Major League Gaming Winter Series tournament in New York to get the ball rolling. Using social media such as Twitter to gauge interest, McLean decided to commit to the idea after only a few short days due to an overwhelming response. “I originally thought we might do something in an internet cafe for 30 people or something,” he begins. “And then it turned out that within just over a week we ended up with 267 people ‘liking’ it, over 300 people indicating that they were going to come by or were interested to come to this first event. So I started to freak out a little bit and stopped promoting it as hard as we could have because I didn’t want to end up with a first event where we were turning people away.” 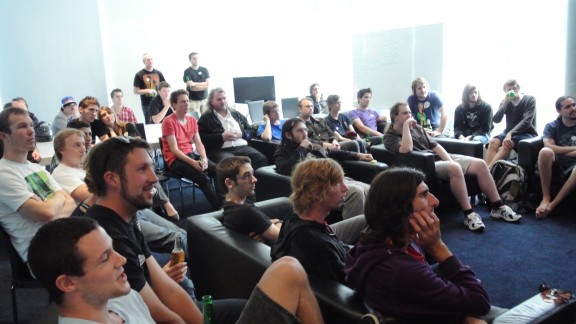 According to McLean, social media was instrumental to the event’s success. He even goes as far to suggest that it was more effective than the traditional channels for organising gaming events. “We used to all do it over IRC or on forum boards, and now we’re doing it over social-media websites,” he explains. “It all came down to the viral aspect of it. All we needed was for five people to share it, and that’s all that happened, essentially. What was interesting for me to watch was the people who were exposed to it because their friends ‘liked’ the page, and then they came along and they ‘liked’ the page as well. I don’t think we could have done this in 2005 or 2006 as quickly as we did.”

There was no entry fee for spectators, and so McLean relied on his own pocket and the generosity of sponsors to make BarCraft a reality. His employer, Telstraclear, provided the VDSL2 internet connection required to stream the matches in 1080p. Auckland-based computer hardware retailer PlayTech provided a host of prizes and giveaways for attendees. Donations were also encouraged – not to recoup costs, but to gift to Starship Children’s Hospital, for which “StarCraft for Starship” raised $399.50. 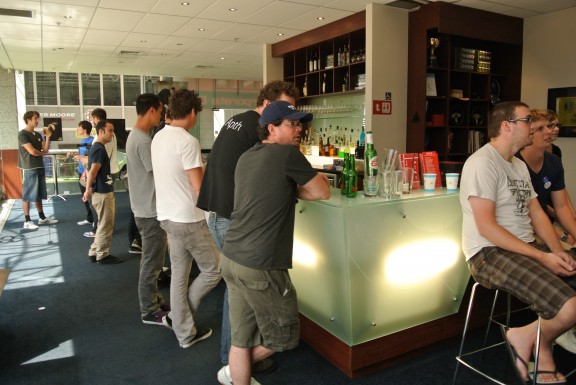 McLean has confirmed that The Corporate Box is pleased with its end of the bargain from the first ever Auckland BarCraft event, and further events are definitely on the cards. As tends to happen with Facebook events, the full complement of “confirmed” attendees didn’t show, but the event still pulled impressive numbers. McLean’s estimates put the event’s overall attendance figure in the region of 200. “[The Corporate Box] ended up being the perfect venue, and I really look forward to doing more things there,” he says. “It’s important to me that the venue gets their return out of it, and they definitely did. People turned up with their wallets out, which was nice. If we didn’t have a group of people who were prepared to buy drinks, it would have been much more difficult to take the idea of the event to other places going forward.”

StarCraft is almost like the ‘cricket’ of the e-sports world: it’s a reasonably complicated game, not always the most interesting watch, and the goings-on may not be entirely obvious to the uneducated. But that’s where an event like BarCraft shows even more value. In this casual, social environment, experienced players were frequently seen explaining proceedings to those not that familiar with the game. Others discussed their favourite players, while some marvelled at the level of skill on display. It generated the same kind of social interaction that’s often seen in sports bars and living rooms up and down the country. At the very least, BarCraft is an event that brings gamers of all interest levels together in the truly traditional sense of the word ‘social’.