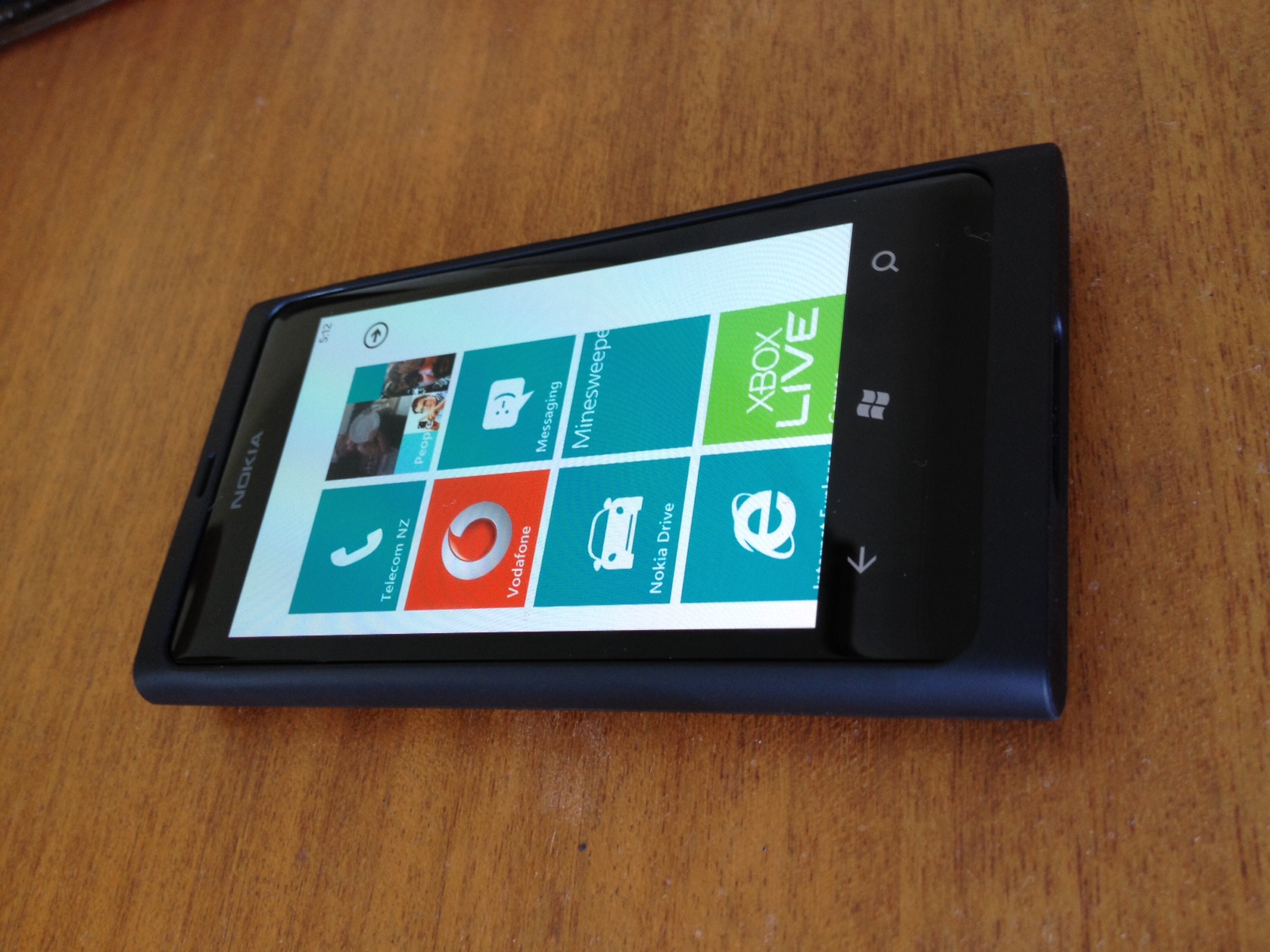 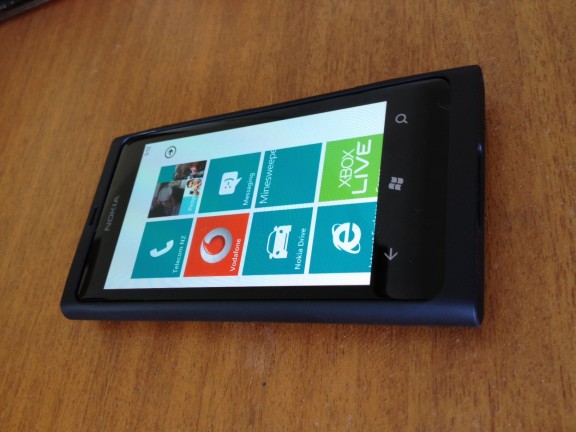 As you know, SMNZ likes to get two viewpoints for each of their gadget reviews – one from a expert who can talk about new breakthroughs in techy stuff, and one from a person who can give a more mainstream user’s perspective. Our friends at Nokia NZ recently gave Keren Phillips a brand new Nokia Lumia 800 to play with for a week so she could share her impressions from a consumer’s point of view.

The first thing you should know about me is that I find any kind of change difficult when it comes to my phone. Over Christmas my little brother re-arranged the icons on my home screen and it took three days for me to stop trying to call people using the calculator app.

So I was slightly nervous to try Nokia’s new Lumia 800 – not only was it a new handset, I was going from Apple’s familiar iOS to the brand spanking new Windows7.  I haven’t worked on a machine running Windows for a few years now and my memories are not all that pleasant. I was really blown away by this phone though. From the hardware to the software, it’s beautifully designed and really, really easy to use.

From an overall standpoint, this phone is cool.

I intentionally didn’t read any reviews because I wanted to keep my user experience as genuine as possible but I’d had a sneak peek at the new Windows 8 tile UI last year and man, it makes for a pretty slick phone interface. It’s fairly intuitive to navigate around even if little details like the loooong list of similar coloured apps on page two take a bit of getting after the iPhone or Galaxy’s grid layout.

Functionally, the Lumia 800 does everything you’re likely to need it to do apart from tethering – a feature that has been promised for a software update in the not-too-far future. The camera and video quality is good – better than an iPhone 3GS, not quite as crisp as the iPhone 4S, but perfect for casual snaps of that roast chicken you so desperately need to post on Twitter.

Windows7’s app store equivalent, Marketplace, has a good selection of apps for download but it’s not the simplest place to navigate. And of course, given that Windows7 is a relative newcomer in the market, you won’t find all your favourites available just yet. Won’t be long though I predict.

Twitter and Facebook apps are designed in keeping with the rest of the Windows7 interface and, as a result, are beautifully simple to use. The only niggle I had with either one was that it’s frustratingly difficult to swap between multiple twitter profiles. But that’s it. Given the horrific mess that is the iPhone Facebook app, I’d say Lumia’s done pretty well with those key social media platforms.

If I was in the market for a new phone, I’d absolutely consider the Lumia 800. It’s not bad to look at, has some lovely little design features that make it wonderfully easy to use and frankly, is just more enjoyable than any of the Android devices I’ve played on.

The guys at Nokia NZ have said we can give away one of these phones to some lucky reader. It could be you! If you reckon this Nokia Lumia 800 has your name all over it, comment below with your Twitter handle and the answer to these questions:

Other than Black, what’s another colour that you can buy the Nokia Lumia 800 in from a Vodafone, Telecom or 2Degrees store? And why you should win the new Nokia Lumia 800. Remember you must answer the first question right which is the Lumia color options to be in the running for the phone.

We’ll pick a random winner from those who answered correctly, and announce it on Twitter on Monday at 5pm. Good luck!

UPDATE: A Winner has already been picked for this competition