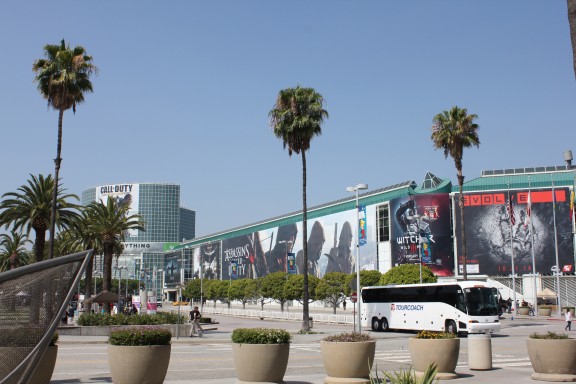 Every June, the video game industry converges for the annual trade show in Los Angeles, commonly known as E3 (Electronic Entertainment Expo). The event is somewhat exclusive – unlike other trade shows – as the Entertainment Software Association (ESA) requires proof of professional industry connection for all 48,900 attendees. 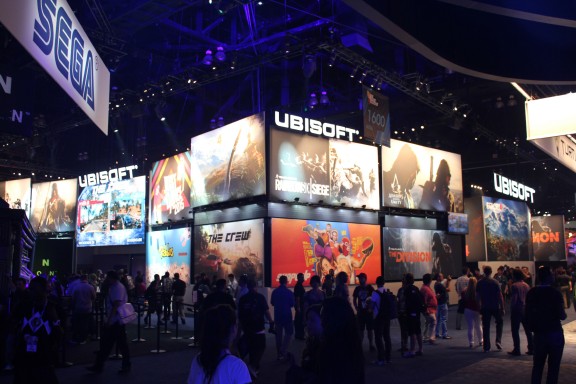 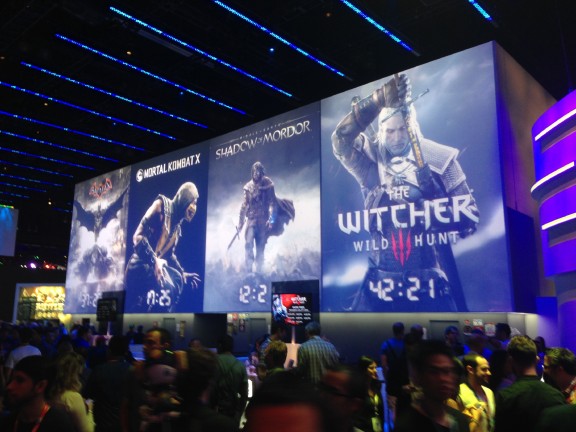 This year was the 20th E3 and my very first time attending. I went – along with my business partner – to secure the connections and support we need to continue building our start-up, Leaping-Tiger (www.leaping-tiger.com). Leaping-Tiger is a social media platform designed specifically to connect gamers with gamers. Bringing together all of your gaming tags and social handles in one place, making finding people to play and talk about games with easier than ever before. Leaping-Tiger exists at the intersection of the gaming industry and social media, so I thought I would take this opportunity to discuss a few of the socially driven campaigns I saw and participated in at E3.

To say the event itself was overwhelming would be a huge understatement – it was like being a kid in a giant, neon-lit candy store. Pretty surreal! 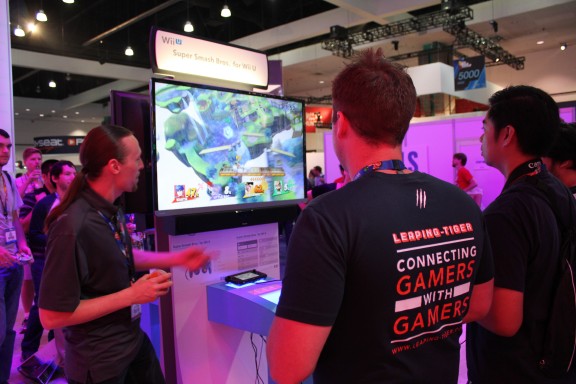 For the majority of gamers, E3 exists mainly on screen as the major press conferences are streamed and news updates are followed live from the event. The big name publishers release dates and times for these conferences weeks in advance, along with official hashtags and links for live streams. Social media obviously plays a massive part in the hype around new release games – Twitter and Facebook were definitely buzzing with opinions during every press conference! According to the ESA, E3 2014 broke its previous social media numbers across all social channels, recording more than two million posts on Facebook, Twitter, and Instagram. E3 dominated trending lists with over 100 unique E3-related topics reaching the trending list in the United States and worldwide across the 3 days of the show.

As well as the huge external worldwide social media presence, there were also some interesting campaigns running from the show floor…

One of the first things seen as you entered the foyer of the convention centre was a selfie station. Yes you read right, a selfie station. This was basically a mirror set up to take perfect selfies that posted directly to Twitter – you can check them out in more detail here. I thought this was pretty clever marketing, harnessing the existing power of the mighty selfie and giving it a dedicated space. I’m expecting to see these stations popping up at many other events! I did think this was maybe a little out of place at a professional expo though, but it was all in the name of a bit of promotional fun, right?! 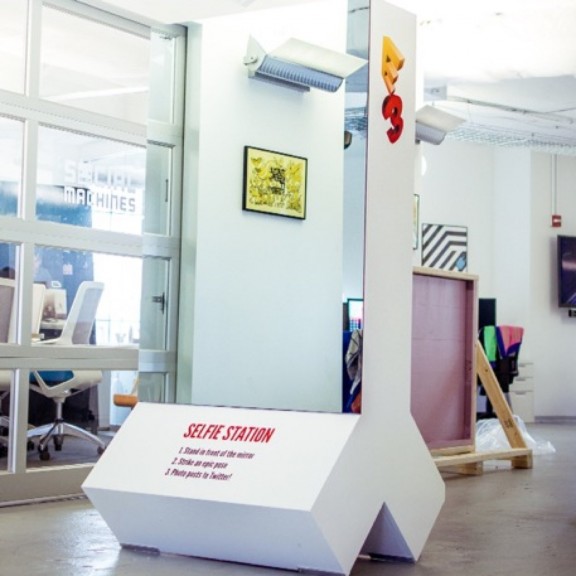 Along a similar vein was Destiny’s #DestinySelfie campaign. Activision (Destiny’s publisher) was handing out cards asking attendees to tweet selfies to the game’s Twitter account (along with the hashtag of course) so they could turn the pictures into signals which a satellite would broadcast into space. According to www.destinyselfie.com, the ultra-slow degrading nature of the analog signal means the selfies will live on for thousands of years – and you will become a legend among the stars. This campaign even had Snoop Dogg participating! Choice. 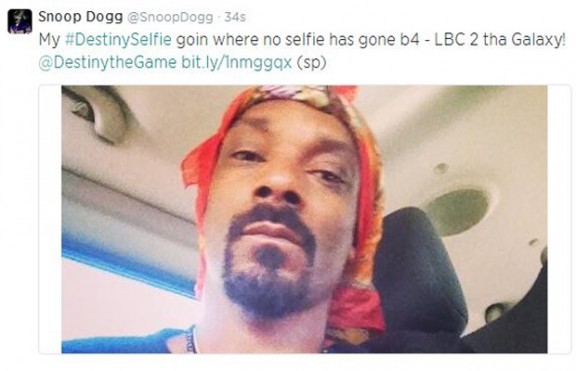 While the selfie was definitely a huge part of E3 2014, it would be fair to say the almighty photograph still rules the roost. Publisher Atlus was also running a photo based competition called ‘Show Us Your Teddie’. There are so many interesting things to have your photo taken with/ on/ in at E3, and Teddie from Persona 4 was one! Atlus was running a massive push for fans to upload photos with the character for the chance to win a Nintendo 3DS console. These images and their accompanying required social tags definitely generated a lot of buzz about the game and the Atlus stand. 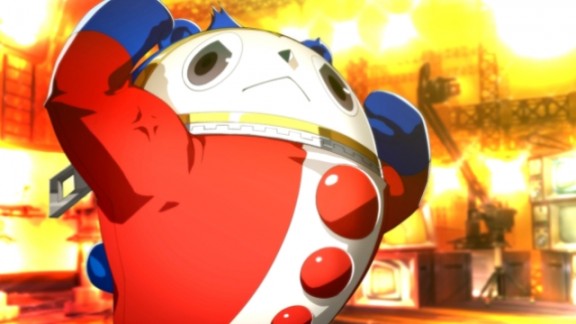 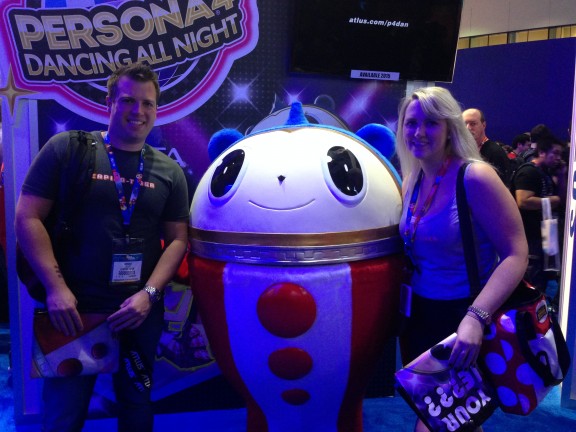 With all this and more happening on the show floor, you might be surprised to learn that the main content of E3 lies in the previously unseen, newly announced game play footage. These demonstrations are often hidden away behind closed doors with lines sometimes hours long! Sounds intense, I know. But this is what the people are really here for. The scoop. To see and write about this content before the rest of the world can. I was fortunate enough to get access to the majority of these presentations with Leaping-Tiger, and I would have to say EA’s Battlefield Hardline showcase did the best job of making a fun social interaction out of the waiting process. 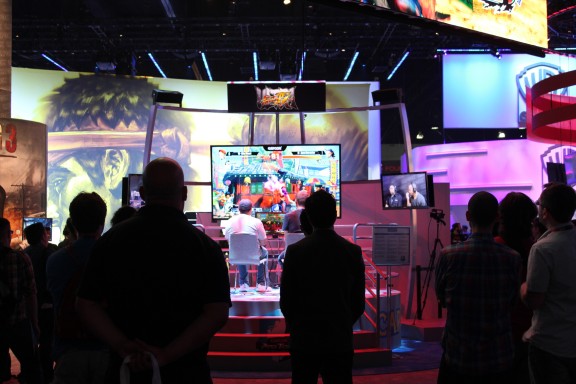 A group of us were taken into the booth and asked to sign in through Facebook so we could be given our ‘ID tags’. Although some might have felt this was a little over the top, I have a generally relaxed approach to social media and wasn’t too worried. Around the next corner was an agent ready to snap my ‘mug shot’ – evidently I was now playing the role of a criminal! Through another hallway we went and into a holding office where we were told the elevator doors would open shortly and we were left with some time to chat with the other attendees (a rare occurrence during these displays)… Suddenly the door behind us opened, special agents appeared and we were rushed out into the ‘field’ for a special operation – game play. The theme of the display worked well with Battlefield’s recent ‘cops and robbers’ change of direction, and the back story really got me in the mood for trying out the game. Well done EA! 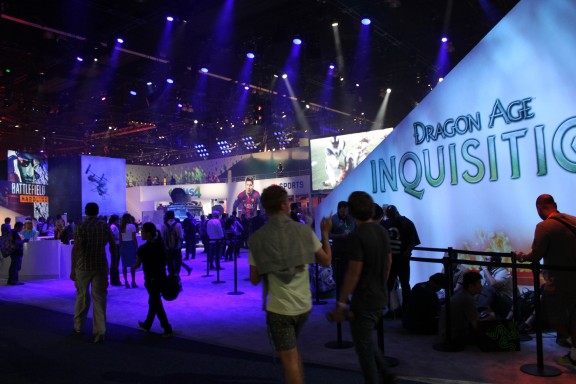 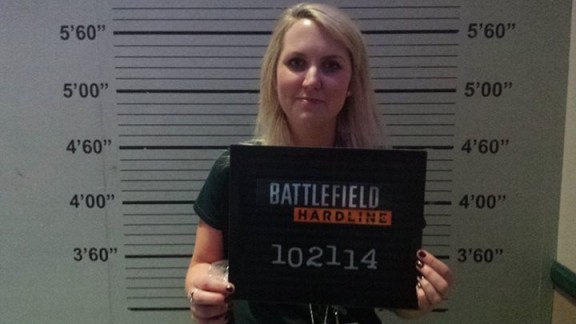 For me, that’s what the gaming industry is all about. Story telling and social experience. It’s undeniable that gamers are massively social creatures; as technology growth continues rapidly, it inspires new ways to tell stories in increasingly social ways. It is now possible to stream your game content directly from your console onto sites like YouTube, Ustream, and Twitch.tv – which are also growing exponentially. So many of the latest offerings on show at E3 were focused around gamers enjoying a more social gaming experience. As the rise of esports and social gaming spectatorship is really only just beginning to hit the New Zealand mainstream, I think it’s a really exciting time to be involved in this industry! Leaping-Tiger is right in the middle of it all, aiming to enhance the social experience of gamers by helping them connect with one another more easily than ever before. I’m looking forward to seeing this industry become more and more social as the 2014 E3 announcements become real life releases!

Being a good corporate digitizen - do we need to police the Interwebs? Previous post
NZ YouTuber Shaaanxo smashes 1 million subscribers Next post