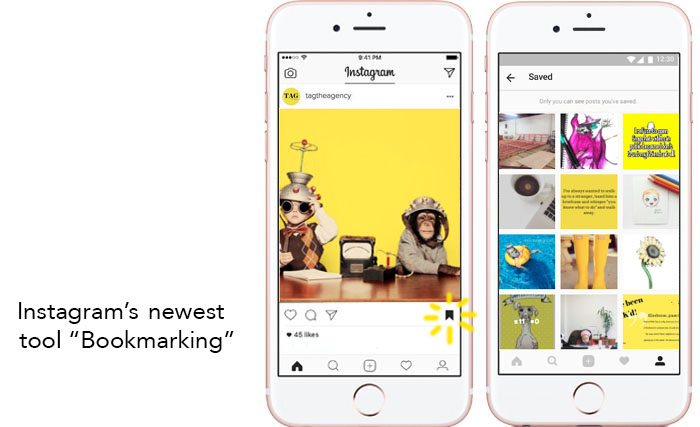 The end of 2016 is fast-approaching, which means so is my annual attempt to make myself a “new and improved” person. How do I achieve this, you ask? I get a haircut.

During this time, I turn to social media, more specifically- Instagram, as a go-to tool on my hunt for inspiration, taking screenshots of #hairspiration until my camera roll is an ugly mess.

But now, those days are over. Taking a page out of Pinterest’s book, Instagram has introduced its newest bookmark feature. The update allows you to bookmark posts for later viewing, providing an easier way to revisit inspiration. It differs from liking posts as this feature won’t notify the Instagram user, and vice versa – meaning you won’t be notified if someone has bookmarked your post.

On a side note, the ability for creepy stalking has gone up a notch or two.

With all the social media platforms developing into hybrids of one another e.g. Snapchat stories vs Instagram stories and Facebook messenger camera filter vs Snapchat filter, 2016 has been a year of providing social media users with multidimensional platforms while creating major competition between the apps.

That being said, it is only natural for massive companies like Instagram to start thinking outside the box and begin pairing up with other companies on ideas and projects such as shoppable posts (the idea of shopping via Instagram) to create points of difference.

This is only one example of what 2017 will bring to the social media scene but it’s safe to say I’m here for it!