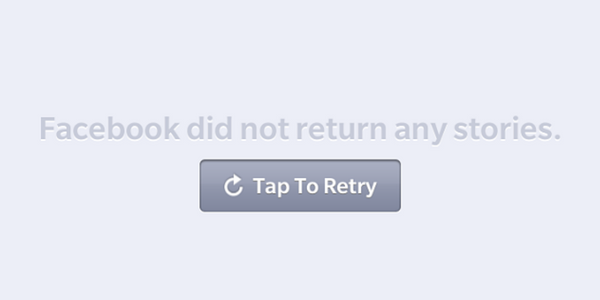 Samantha ChalmersAugust 9, 2017Comments Off on Facebook Stories: The update no one asked for0343

Facebook is the world’s top social networking site with two billion monthly users. It’s a huge number, one that beats YouTube – coming in second place – by their entire monthly user count. Yet even the mighty must fall sometimes. Undeniably, Facebook made a blunder with their Stories feature.

The social giant had already replicated the Stories feature across Instagram, WhatsApp, and Messenger and decided it would be a great addition to the core Facebook app. However, a little over a month after its global launch, it appeared that people weren’t taking to the feature in the way Facebook had hoped. On Wednesday 3rd May, Facebook released some user information showing that Instagram Stories had 200 million daily active users and WhatsApp Status had more than 175 million daily active users, yet their user numbers for Facebook Stories or Messenger Day were not disclosed.

The feedback on the Stories feature has been more or less the same, most people either don’t know what it is or don’t see it as a valuable feature within Facebook. 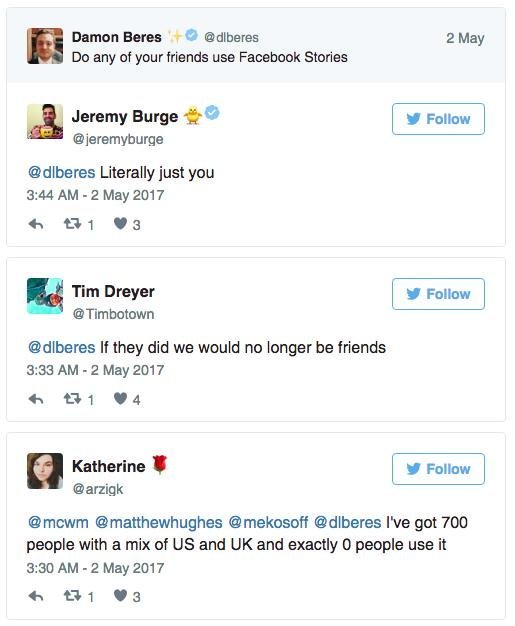 In an attempt to encourage users, Facebook tried to spice up how it looks when people aren’t using Stories. Originally, when the feature launched it showed a circle for “Your Story” and a Facebook bubble that explained how to use the feature, then all your friends with Stories were listed after that, however, if none of your friends had Stories up there was just a big blank space. Nowadays, there are ghost-like, faded circles of your friends following any actual Stories to fill in the empty space, but if you try to tap on them, Facebook will advise you that they haven’t added to their story recently.

Whilst Facebook has been successful and reliable in getting users to share status updates, links, pictures and videos in the timeline, it’s the same stuff we’ve been sharing for years! With more and more competition from other social networks than ever before, Facebook can’t really afford to be implementing features that users don’t love. Which is why it’s bizarre that, as of last week, Facebook is now testing Stories on desktop (see below image, right-hand side).

Like most people, the first question I asked was Why? I don’t use, nor do I see others using the Facebook Stories feature. Worst of all, I don’t even notice it when I open the app! I am so disinterested in the feature that my eyes just skim right past it, despite the fact that it sits right there at the top of the feed. Jacob Kastrenakes made the observation that placing Stories to the right side of the newsfeed puts them slightly more out of the way than how they are currently positioned on mobile – always at the top – yet the question remains, why does Facebook insist on moving towards a feature that most people appear to reject?

As with most things, time will tell how Facebook plans to evolve this seemingly redundant feature. Whether there is a trick or two up Zuckerberg’s sleeve, or we have greatly underestimated the effect that Facebook Stories had on users, it will be interesting to see how it will unfold and the reactions of those who supposedly use it.

How to go Live on Twitter to Connect With Your Followers

Instagram Automation Tools, Software, and Tips to Do It Right