EditorFebruary 8, 2018Comments Off on Integrating meme culture into a brand’s social media presence0546

It is undeniable that as culture and society changes, companies must evolve with those changes or be abandoned by their customers. A great example is the recently discovered trend of millennials leaving behind fast food chains like McDonald’s. This trend has sent various well-established fast food chains and companies like Coca-Cola scrambling to understand what the millennial demographic wants. While McDonalds has turned to creating more budget friendly options to attract millennials, the restaurant chain Denny’s has employed an unusual tactic to tap this market.

They have abandoned the typical format of a business social media account in favour of a meme-page style account that posts jokes based on the restaurant chain’s products. They have harnessed the millennial humor, which is mostly dark, self-deprecating, and sometimes even unintelligible to those not accustomed to it, and created two enormously successful accounts. Their Twitter account, for example, outperforms other fast food chains like McDonald’s, Taco Bell and IHOP in both favourites and retweets. Tweets such as “dear people crying in our parking lots at night, we’re open.” refer to well-known internet in-jokes and manage to do something quite impressive. They entrench Denny’s into meme culture, increasing the restaurant’s exposure and making it trendy to eat there, or more importantly, to have funny stories which customers can share online. Sharing the stories online in turn further embeds Denny’s into meme culture, and the more stories are shared, the more relatable or amusing, and therefore the more desirable the visits to Denny’s become.

Wendy’s has adapted a similar tactic on their Twitter, but their account is geared more towards starting ‘beef’ with fast food giants like McDonalds to entertain and attract the millennial audience. However, this tactic may be less successful as constant confrontation becomes repetitive, and fails to be entertaining for a long period of time. This is where Denny’s does it better once again: they limit confrontation to a handful of occasions, and it is always in response to criticism, which takes it from the level of boring pettiness into a hilarious ‘clap-back’.

So while the service Denny’s provides hasn’t changed, their public image has. They have discovered an ingenious method of advertising which has never been seen before. It is fresh, unique and subtle. By understanding the intricacies of millennial internet humor and meme culture, Denny’s have revolutionised the way businesses run their social media accounts. Unlike the robotic, lifeless social media accounts run by most large corporations, Denny’s Twitter and Tumblr accounts humanise the chain. This creates the impression that the restaurant is an individual, and therefore can be relatable. The ability to make customers identify personally with a message is a very powerful tool for advertising, as it makes the company appear more trustworthy.

By studying Denny’s success businesses can learn some of the more unorthodox ways to attract younger customers and improve their brand image. Armed with this template from the Denny’s Twitter and Tumblr accounts, any business should be able to successfully integrate meme culture into their social media account. 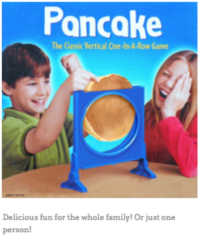 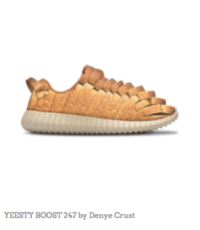 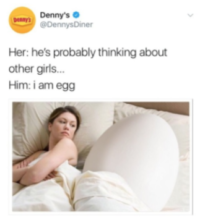 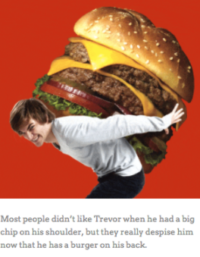 The question now remains: should they? While this article has covered what Denny’s has done and what has resulted from that, there has been no discussion of the disadvantages of memes.

One obvious disadvantage is that integrating memes into your account takes time, effort, and in most cases, money. While it is theoretically possible for a person who is unfamiliar with internet culture to assimilate into it, most businesses choose to hire someone who is already assimilated to do the work for them.

Another disadvantage is that while this marketing strategy attracts millennials, it tends to alienate older generations, as the memes are incomprehensible to them. There is a significant linguistic and cultural bridge between generations who grew up without the internet and those who grew up with it, which means that if a company begins catering to one demographic the chance of miscommunication with another is higher.

And the final major disadvantage is that integrating memes into your social media account eliminates any chance of a company being taken seriously. While for some companies that may not matter, for others it may be crucial. Although integrating memes into an account may make the company more trustworthy in the public’s eye, for some businesses there remains a need for professionalism, and in this case meme culture will only hinder the marketing process.

But assuming the disadvantages do not dissuade a company from pursuing memes as an advertising tactic, what are the tips for success? Well, by studying the Denny’s case, one can distinguish three major lessons for success.

The first of these is to become an expert in meme culture. Whether by hiring an internet-savvy young person or by spending an hour a day keeping up with the latest developments, success can only come from a genuine and extensive knowledge of current trends and the latest big memes.

The third and final lesson is to treat the company as a theme for the account. Make jokes and memes about anything relating to the company, not only about specific products or services. This makes the memes feel authentic and natural, which is important for gaining trust from the audience.

Harnessing meme culture to advertise is a fresh and fascinating tactic, and one that is going to become much more common in the future. It adds another dimension to advertising, which has never been accessible so directly before. Perhaps it is time for New Zealand businesses to evolve to this level, taking a risk is better than remaining stagnant, after all.