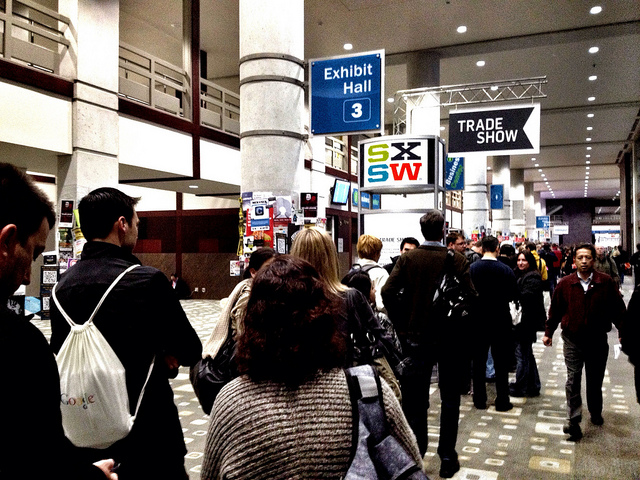 Stop Being Crap Online: How to sound like being at a tech conference 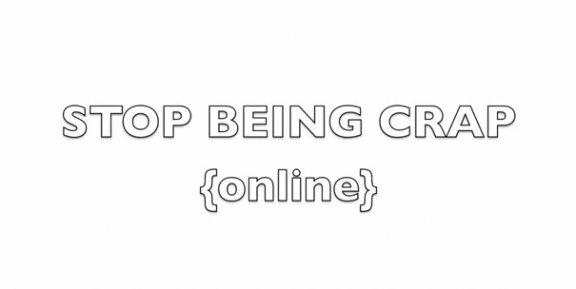 This week Hannah shares five easy ways you can play I’m at a Tech Conference and annoy your followers from the comfort of your living room.

Hey, did you hear? SXSW is on. You know, that massive tech/music/film conference everyone’s talking about that you’re not cool enough to go to?

“We should catch up soon! You’ll be at South By, right?”

“Um, you know, yeah, I’m still deciding, um, not completely sure, but probably will, but might not be, just depends what else I have going on…”

Yeah, right buddy. You are not going. Your company barely has anything to do with consumer tech, music or film, it is in Austin, Texas, which happens to be really expensive to get to and paying for a hotel room amongst the action is going to hurt as bad as a groin injury at the World Cup.

Even if you can find some obscure reason why you absolutely *need* to be in attendance, you will have hell to pay on your return when you can barely string a sentence together on the ROI of the whole thing.

Let us not beat around the bush here. People go to SXSW and almost every other tech conference to party. Most people avoid the sessions and anyone who is anyone will not dare make an appearance until after 1pm. But that’s okay – it is all ‘networking’. You are there to get on the chop, meet the ‘industry players’ and have a ball on the company dollar … or you know, to expand your network of business contacts. It is one of those; ‘you have to be there just because you have to be there’ situations. Sure, these days it is all about who you know. There is value in the partying, so why not? If you went, don’t feel bad. File your expense report. Enjoy the memories.

But if you didn’t go to SXSW, or any of the other major conferences or events that appear throughout the year, you will probably feel pretty bad. Not being at the place where everybody else is having so much fun is bloody miserable.

So if you are cringing at your Twitter feed or automatically clearing your Reader daily, thanks to the constant stream of ‘How to Network Like a Badass at SXSW’ blog posts, be glum no more because you can recreate that conference buzz from home!

Stop Being Crap Online: Should you ‘like’ your own work?

Stop Being Crap Online: Is your business really ready for social media?

Stop Being Crap Online: How to be a big player on Pinterest

Stop Being Crap Online: How to survive in the Internet Jungle