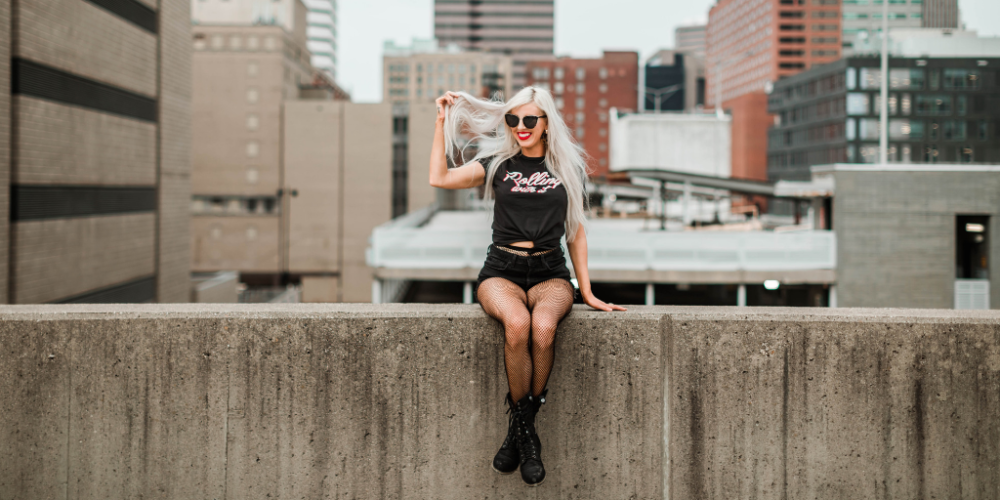 Ah, Facebook. Some might argue that it’s the patron saint of social media as we know it today, giving birth to social media’s massive explosion of popularity. (Sure, there was MySpace… but that was just a primer.)

Some might also argue that Facebook is slowly dying as more popular platforms catch up and close the gaps that the new, ‘digital native’ generation prefers in its online experiences.

While Instagram is the undisputed influencer marketing king, it would be foolish to write Facebook off as a platform that’s not worth examining.

Especially after the Cambridge Analytica scandal, it could seem like Facebook’s tarnished reputation is hurting its performance. But if you look at the numbers from Statista, its user base continues to steadily grow with around 30 to 50 million new users per quarter.

A 2018 survey by influencer marketing company IZEA showed that for 48% of participants, Facebook impacted their decisions to buy a product or service. Facebook was also one of the most popular social media platforms for researching their purchase decisions.

The bottom line is that plenty of companies still use influencer marketing to make money on Facebook.

So I say: march forward with your Facebook influencer marketing campaigns! If it’s a good fit for your brand, of course.

In this article, we’ll look at:

In the summer of 2018, Facebook made a splash on the influencer marketing scene when it announced its new Brand Collabs Manager.

Essentially, it’s an influencer search engine that was created to compete with the other major influencer marketing platforms in the game.

Facebook recognizes the multi-billion-dollar opportunity, and has started competing for its slice of the influencer marketing pie.

Travel and photography influencer Laurence Norah agrees that Facebook has some slack to pick up in the influencer marketing game, and it’s working hard to try and do so. This is especially true with the platform’s continuous algorithm changes that have impacted the organic reach that influencers can get on their pages, giving some influencers a tough time in seeing results.

Facebook says the tool is for passionate and talented video-makers who wish to ‘level up.’ If that doesn’t say, ‘Influencers, use this to make more money!’ – I don’t know what does.

One notably successful Facebook influencer marketing tactic is Facebook Live, where users can stream live video broadcasts from wherever they are.

This can manifest as sharing and reposting a brand’s web page, blog post, branded video, or some other type of content they didn’t create.

But generally, the whole point of using an influencer is letting them put their unique spin on it, so a simple reshare usually isn’t the case.

Let’s look at these a bit closer.

You can have an influencer promote your product or service inside one of their Facebook Live broadcasts, whether they give it a brief name-drop or show themselves using it in action.

Viral comedian Laura Clery promoted the game app Best Fiends by playing it during a live broadcast, including a link for users to download the app straight from her post.

By the way, this is another testament to how important it is to let influencers have creative freedom. In the video, Laura played one of her eccentric characters Pamela Pupkin, who got into a rather entertaining and chaotic feud with her husband Roger (played by Laura’s real-life husband Stephen) over the game.

This shtick allowed Laura to promote the game while still giving her fans what they know and love.

He included a fun, simple, eye-catching GIF of himself with the products to gain his followers’ attention.

Just like your other searches, your quest for Facebook influencers should start with the good ol’ search bar. Type in keywords for the types of products or services you’re offering, or words that describe your brand and goals.

Use Facebook’s filter options to view the results by ten categories:

To see results from influencers with their own established brands, go to the ‘Pages’ tab, then go to the ‘Categories’ filter section on the left sidebar.

Select ‘Artist, Band, or Public Figure.’ You can also check out the ‘Local Business or Place’ and ‘Entertainment’ categories.

And as we mentioned earlier, check out the ‘Groups’ tab as well, since Groups may not have the same organic reach issues that pages and profiles do.

Try all this with hashtags too. Start with the more obvious ones, like #mountainclimbing. Go to the ‘Posts’ filter tab to see posts that contain the keyword, then start browsing through the profiles and pages the posts came from.

Never forget that Google is your friend.

Sticking with the mountain climbing example, you could type in searches like:

These links might lead you to an influencer who’s also active on Facebook. Or you might fall so in love that you decide to work with them based on their other platforms.

The overall success of your Facebook influencer marketing campaign will come down to strategy and execution.

If you’re short on ideas, take inspiration from the following campaigns that didn’t feature top-tier influencers but still managed to make noise.

Meal-kit delivery service leader HelloFresh understands that people want to have fun while preparing their food. And, they want to cook that food well, so that the homemade meal matches up with the delicious-looking mockups online.

With that in mind, the brand started hosting alive cooking show series where audiences prepare food at the same time as the hosts.

Here’s a video featuring a special guest mom and her 4-year-old son.

This particular video got over 50 comments and 17,000 views. Audiences were also able to ask questions on the fly, and get pro tips from the chef and the host in real-time.

While live-streamed interviews and newscasts are fun because of the interaction, the appearance of smaller, friendly, and relatable personalities offers the legitimacy that viewers love and crave.

The brand wanted to mix influencers’ creativity with the different food items it regularly featured in its recipes. So influencers were required to make something unique out of the food staples in addition to showing their healthy sides.

When organizing campaigns like these, avoid constraining influencers to the brand’s vision alone. Give them the liberty to explore and enjoy your products thoroughly.

High-end footwear and accessory brand Loeffler Randall is a favorite amongst fashion insiders, bloggers, and artists, courtesy of the company’s vow to involving social media influencers in its campaigns.

The brand’s program ‘LR Ambassadors’ includes a diverse group of painters, writers, and fashionistas living dynamic lives. In addition to profiling the ambassadors on the official blog, Loeffler Randall has them post content on Facebook and other social media channels.

Influencers, in turn, post the hashtag #LRambassador to let people know that they’re associated with the brand.

Here’s an example of one such influencer:

Could I Have That is a lifestyle blog run by Samantha Wennerstrom. She’s an LR Ambassador who posts about Loeffler Randall’s new and upcoming line of products across different social media channels, piquing users’ interest in the brand’s offerings.

Overall, there are pages and pages of successful Facebook influencer marketing campaigns. They’re a testament to the possibilities the platform provides.

Go Forth and Influence!

As you start gearing up your Facebook influencer marketing efforts, remember to focus on finding authentic and engaging partners that really complement what you stand for as a brand.

Be as specific as possible with setting goals and setting up ways to track them, so you can be on top of your results and know when you’re winning or you need to readjust.

Above all, have some fun! Make new friends and let your brand’s personality shine.

The world of influencer marketing is growing and evolving really quickly as brands across the globe realize the incredible power that these influencers hold in their fingertips – literally.

At first glance, it might seem like a ‘pay to play’ game where only the big spenders are succeeding.

Is your brand one of them?

Brand Monitoring 101: Tips and Tools for Tracking What People Think of You

How to Use LinkedIn for Business: A Step-by-Step Guide for Marketers

YouTube Hacks: 21 Tricks and Features You Probably Didn’t Know About