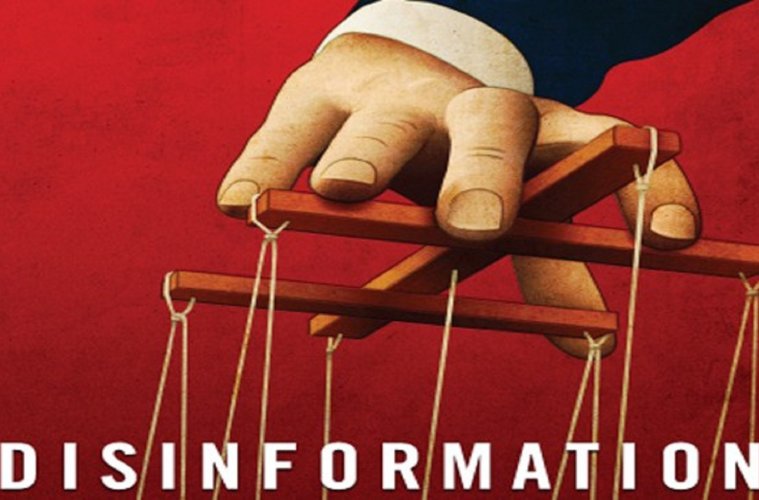 How Responsible Are Social Media Platforms For Spreading and Fixing Disinformation?

The Institute for Public Relations just launched its inaugural 2019 IPR Disinformation in Society Report that investigates the role of disinformation, or deliberately misleading or biased news or information, in society.

Social media is often seen as complicit as a source for spreading disinformation. Examples include the recent headlines surrounding the role of Facebook in the Cambridge Analyticascandal and Twitter during the presidential election.

After receiving pressure following elections and other conflicts around the world, Facebook and Twitter (as well as Google) have started to tackle what they call “false news.” In a note following his inability to attend a disinformation hearing in London, Mark Zuckerberg outlined the steps Facebook is taking to combat disinformation, concluding that “Facebook’s role in the distribution of misinformation was dramatically reduced” from 2016-2018.

However, the opinion from 2,200 Americans in the IPR survey found the public is still holding social media platforms responsible for the spread of disinformation. Nearly two in three respondents said Facebook is at least “somewhat” responsible (64%). Twitter followed closely behind with (55%). YouTube (48%), Instagram (46%), and Snapchat (39%) rounded out the top five social media platforms responsible for spreading disinformation.

Social media platforms tend to be everywhere—at the end of 1st quarter 2019, Facebook reported having 2.38 billion monthly active users. Even though platforms are used by many Americans, only 15% said their primary source of news is social media, compared to 41% for television.

Also, 50% said they “rarely” or “never” share news or public information with others. Thirty-four percent of respondents share at least once a week. In a recent Pew Internet survey, 52% have changed the way they have used social media because of concerns about disinformation. The issue of disinformation will only continue to get worse as social media platforms have not found a magic bullet to help stop fake news in entirety. And it’s not always the AI bots who are responsible for spreading disinformation. Rather, according to an MIT study, people are more likely to be responsible for the dramatic spread of false news, and changing their behaviours can prove to be more difficult.

What Can Companies Do?

So what can companies do to improve trust and combat disinformation? First, companies must operate honestly, be transparent, and follow strict ethical guidelines. Supporting a free press is integral to that. Paul Healy and George Serafeim in a recent Harvard Business Review article said, “Business leaders serious about combating corruption can and should support journalists, by publicly recognizing their legitimacy and defending them when they come under attack.”

Related:  How To Mix Technology And Creativity: Six Tips For Marketers

Companies should also support a free press publicly and objectively (meaning without a quid pro quo relationship) and fund media literacy organizations. Journalists should continue to serve as the public watchdog but not fall prey to reporting on stories that contribute to what Watergate, ex-Washington Post reporter Carl Bernstein terms, “The Idiot Culture.”

Social media platforms must be diligent in preventing fake news from showing up on their platforms—they must proactively take responsibility for the content on their site. The government should also be supporting actions and education to combat disinformation. Finally, individuals have a responsibility to be knowledgeable about current events using reputable sources and verify the type and content of the sources they share. Understand epistemology, or the study of how we know what we know. Question yourself and how you know what you know. Explore and understand more. Rely on reputable, scientific sources and research.

For the full 2019 IPR Disinformation in Society Report, visit: https://instituteforpr.org/ipr-disinformation-study/

This article was syndicated from the State Of Digital Publishing where it appaired first.

How To Save Time Planning and Creating Social Media Content

An Honest Look into our Engineering Team Engagement Survey