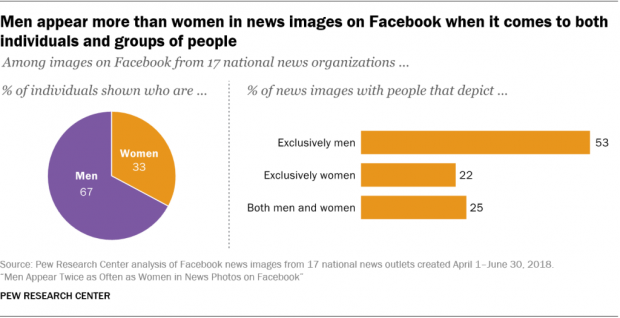 Facebook is the biggest of all the social networks, by far, based on just about every measure. But it’s a constantly evolving platform based on algorithm changes, new tools, and shifting demographics. Effective Facebook marketing requires an understanding of the latest Facebook statistics and how they apply to your social marketing strategy.

Here, we dive in deep to explore the Facebook stats that will matter to marketers in 2020.

Bonus: Download a free guide that teaches you how to turn Facebook traffic into sales in four simple steps using Hootsuite.

That’s an increase of 8%year-over-year from 2018. If there’s one stat that proves the importance of incorporating Facebook into your marketing strategy, this is it. There’s simply no other platform that offers this kind of reach.

3. Facebook is the fifth-most downloaded free app in the App Store

Teen users have never known a world without Facebook. There’s no doubt that in those 16 years, Facebook has firmly established itself as the place we get our news, learn about new products, and communicate with friends, family, and businesses, as you’ll see in the Facebook statistics below.

That’s the highest penetration of any traditional social network, by far. (YouTube reaches more Americans: 74%. But it’s up for debate whether YouTube counts as a true social network.) For comparison, 38%of American adults use Instagram, and 23%use Twitter.

Keep in mind that the rate of Facebook usage is significantly different between genders, with 63% of men using the site compared to 75% of women. There’s also wide disparity among age groups:

But that demographic balance is shifting as Facebook’s user base starts to skew older, as evidenced by the Facebook stats below.

That number from Pew Research is way down from 71% in 2015. And only 10%of those teens say Facebook is the social network they use most often.

Facebook doesn’t have the extensive teen reach it once did, but the extensive targeting options for Facebook ads mean it’s still a viable platform on which to reach teen users.

As teen usage drops, eMarketer predicts Facebook will see 7% growth in users 65 and over this year. This is partly because this demographic is the one in which there is the most room for additional growth.

For those earning $75,000 or more, Facebook is the preferred social network. Only YouTube has higher reach in this group, at 83%. The next-most popular social site for this income category is LinkedIn, which reaches 49%.

Facebook is also the most popular social network (besides YouTube) for college graduates, with 74% of them using the platform. LinkedIn again comes second with this group, at 51%.

However,  47.8% of Facebook’s ad revenue comes from the U.S. and Canada, based on “estimation of the geographic location of our users when they perform a revenue-generating activity.”

Advertisers are putting nearly half of all the money spent on Facebook ads into only 10.1%of the total audience. If you sell a product that can ship internationally, or a digital product or service for which geography is not a factor, there’s huge untapped potential here for you to reach ad markets without a lot of competition.

Nearly three-quarters of users can’t go a day without logging into Facebook. More than half (51%) log in several times per day. Only 9%of users log in less than once per week.

Keep this in mind when thinking about how often to update your Facebook Page. Scheduling Facebook posts in advance can help you maintain a consistent sharing schedule with a good balance between promotional posts and relationship-building content.

eMarketer anticipates that will drop slightly to 37 minutes in 2020, but this indicates that people are logging into Facebook for more than just a quick scroll. What are they doing during those 38 minutes? Read on.

That’s a jump from 43% in 2018.News now reaches a majority of the U.S. population through Facebook, the only social network for which this is true.

There’s an important discussion happening about Facebook’s impact as a source of news, and it’s one all businesses should keep tabs on.

But for marketers, it’s also worth considering what this stat says about Facebook’s value as a platform on which to announce new product launches, campaigns, or collaborations. If there’s a newsworthy angle to something you’re working on, make sure your Facebook followers know about it.

That’s second only to Pinterest, which has an overwhelming lead at 47%.

While it’s important to create a good content mix to develop a loyal following on Facebook, keep in mind that people following your brand want to know about your products. It’s okay to promote them in about 30%of your posts.

That’s far less than the 500 million who use Instagram Stories every day, but it’s still a substantial audience.

For marketers struggling with the Facebook algorithm, this can be an easy way to make sure your content is seen.

Bonus: Download a free guide that teaches you how to turn Facebook traffic into sales in four simple steps using Hootsuite.

And there are more than 10 million groups on Facebook. While businesses and brands can create Facebook Groups of their own to interact with existing fans, there are plenty of ways for marketers to connect with potential customers through other groups.

Facebook’s research with users aged 18 to 24 shows that they’re open to brands posting in Facebook Groups, as long as those posts provide real value, rather than just promotion.

That’s one almost every other day. The average user also makes five comments and shares one post every month.

Posting compelling content that encourages engagement will help ensure you get your share of those likes, comments, and shares.

Facebook has had a rough couple of years, with plenty of scandals and backlash. While users have not left the network in droves, many of them have taken a break for several weeks or more.

For marketers, taken in the context of the growing user numbers, this is not cause for alarm. But it does mean it’s a good idea to plan for your social marketing strategy to include multiple social networks to make sure you reach the largest amount of fans every time.

18. The most talked about moment on Facebook is #internationalwomensday

This doesn’t mean brands should leap on International Women’s Day (March 8) as a promotional opportunity. After all, oblivious self-promotion is #1 on our list of annoying things brands do on social media.

But you might want to consider creating some kind of authentic, relevant content that highlights the work of women in your organization, or how your company helps support women.

The key is to use this as an opportunity to form connections, rather than to sell products.

Everyday, women are building meaningful communities on Facebook. So it’s no surprise that Int'l Women’s Day has been the most talked about moment on FB for the past two years. Happy #internationalwomensday to all the women making a difference in the world, both online and off. pic.twitter.com/vMmWv6VDs3

And many of them are sticking to free tools like Facebook Pages, groups, and Messenger. Organic reach is increasingly challenging, but you don’t have to use ads to benefit from Facebook marketing. Just 24.6%of Facebook Pages use paid media.

That’s according to estimates from eMarketer. It’s just a small increase from 86.8% in 2019, but when you’re at such a high level of saturation, there’s not much room for more growth.

Building your Facebook audience is definitely a slow and steady game.

This is good news for advertisers, since it means you get (slightly) more bang for your buck. More importantly, this is a change in the trend, which had seen Facebook ad prices increasing for some time.

23. The number of ad impressions increased 33%

At the same time prices are dropping, impression are rising. More good news for advertisers looking to reach a new audience on this social network.

24. An average Facebook user clicks on 11 ads per month

That’s one every three days. It may not seem like a huge number, but remember that not all ads require a click to be effective. Most importantly, this Facebook stat shows that users continue to pay attention to and engage with Facebook ads, rather than tuning them out.

That’s up from 91% in Q2 2018. Think about that for a second: just 6%of Facebook’s ad revenue comes from desktop. This is a clear indicator of both how users are accessing Facebook and where advertisers are choosing to target their advertising spend.

This is an important one for marketers. Sure, you want to build a community on Facebook and encourage engagement there. But click-throughs to a site where people can actually buy your products is an important social media metric that ties in to a concrete business goal.

That’s the lion’s share, with Google having the next largest share at 12%. For mobile ads, Facebook gets more than half of all revenue, at 58%. For social media advertising, Facebook represents 75% of the market. And advertising revenue is growing, up 28% year-over-year.

Use this to benchmark your own engagement rate. If you’re not there yet, check out our list of ways to increase Facebook engagement.

That means organic posts reach just 5.5% of Page followers, a drop of 2.2% in the last year. It’s a real challenge for marketers, and provides increasing motivation to use tools like Stories, groups, Messenger, and ads to make yourself more visible.

30. Men appear twice as often as women in news images on Facebook

Yes, this Facebook stat comes from the world of news rather than that of marketing. But it’s an important reminder to think about inclusivity and representation in the images you choose to accompany your content on Facebook.

31. 60% of Americans who watch digital video do so on Facebook

Only YouTube has higher reach, with 90%of digital video watchers using that network. Instagram comes in third at 35 percent.

32. The average engagement rate for Facebook video posts is 6.13%

That’s compared to video not optimized for mobile. It’s no surprise, then, that mobile-first video accounts for more than 50% of Facebook’s video revenue.

Mobile-first video is simply video designed specifically for mobile, rather than adapted from another form. It’s light, short, fast-paced, and usually optimized to play without sound.

Manage your Facebook presence alongside your other social media channels using Hootsuite. From a single dashboard you can schedule posts, share video, engage your audience, and measure the impact of your efforts. Try it free today.