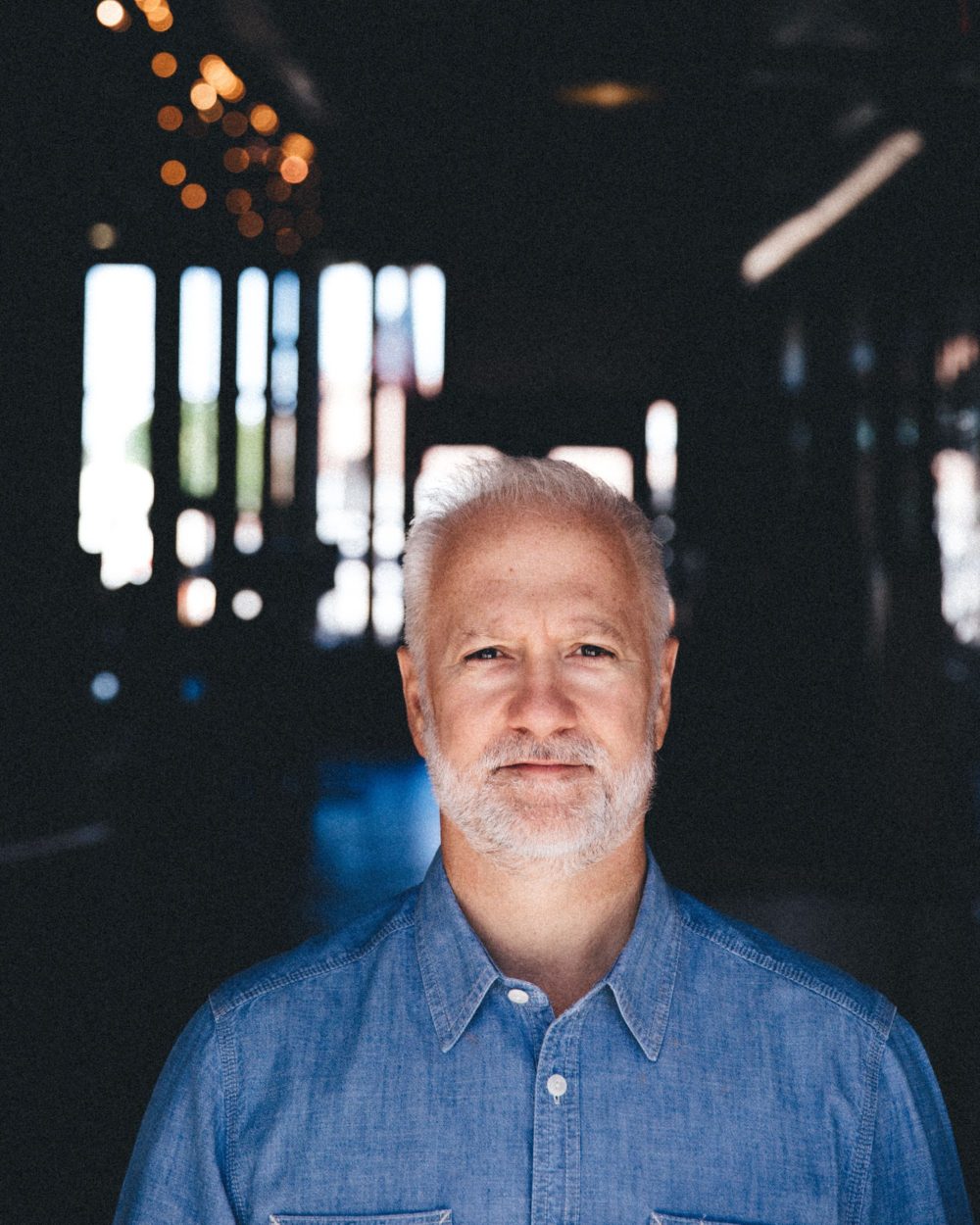 After a particularly dizzying murder trial, Shawn Askinosie thought he was fine.

He kept practicing law as a homicide defense attorney for five years after that moment, all the while wondering why he was dealing with panic attacks, mental fogs, and even the symptoms of a heart attack after nearly 15 years of loving his career.

Eventually, something broke within him: he loved being a lawyer but simply couldn’t do it anymore.

Listlessly trying to find his place in the world, he stumbled upon making chocolate. Now, 15 years later, Askinosie Chocolate makes some of the highest quality chocolate in the world. On the journey, he also found a renewed sense of purpose in life that helped him come back from the brink.

Featuring insights from Buffer’s Small Business, Big Lessons podcast episode one, and the accompanying unpublished interview, Shawn explained how chocolate saved his life – and how he’s using his chocolate business to help others thrive as well.

From defense lawyer to chocolate maker

The trial started out fairly routine: he was representing a woman accused of murder.

Right before the trial was supposed to go to the jury for a verdict, the judge pulled him and the prosecutor into his chambers.

The judge said he was revoking the jury’s mandate. Instead of a jury verdict on jail time versus the death sentence, the judge would sentence the woman to probation. Shawn wanted to keep fighting – he wanted his client off completely, not accepting probation – but the woman told Shawn he’d done enough, and she accepted the probation deal.

For five years after that trial, Shawn tried to forget about it and move on, but he couldn’t. He even started getting physical symptoms.

“I started having these little mini panic attacks in the courtroom,” said Shawn. I didn’t even know what a panic attack was then, I never even heard of such a thing… my doctor thought it might be a heart attack.”

While thankfully it wasn’t a heart attack, Shawn’s doctor was deeply concerned for his mental wellbeing and told him to see a psychologist. He ended up starting antidepressants, trying to keep himself afloat so he could continue the career he increasingly no longer loved.

“I loved what I did so much and then I didn’t – that really kind of threw me off,” said Shawn.

He spent a lot of time figuring out what would come next and fell onto food. He cooked a lot of barbecue for his friends. Then he tried baking. He enjoyed it, but nothing sparked a true passion.

Then a thought came to him: what about chocolate?

He learned the basics of chocolate making from some blogs and immediately felt drawn to the process. Realizing the sparks of passion, he took a trip to Ecuador to meet cocoa farmers and learn about the entire production chain from bean to finished product.

On that trip, Shawn realized his new passion would be to make the best chocolate in the world.

Shawn set out to turn his passion for chocolate into a company so he could sustain himself and his family. But unlike his law career, which was driven by excitement for the game and the mountains of cash he could make, Shawn approached chocolate making as an homage to his grandparents.

“My grandparents were farmers and an inspiration to me, just very kind people who lived a simple life… and I wanted to honor them,” said Shawn.

Keeping his grandparents in mind, he thought about what he wanted the business to do beyond delivering economic profit.

In his mind, profit gave him the ability to focus on these other, bigger things. It’s a belief he thinks all companies should adopt as they think about corporate social responsibility (CSR).

“Even though it’s messy, we need to diffuse the CSR efforts throughout all aspects of the company,” said Shawn. “… [It should] not just be the elite within the company that have the chance to roll up their sleeves and really serve others.”

With his three keys in mind, Shawn built up Askinosie Chocolate. He now has a profit share agreement with farmers in his supply chain, he sets revenue growth goals with an explicit amount set for increasing employee wages and benefits, and launched a nonprofit called Chocolate University to teach citizenship, entrepreneurship, and civic-mindedness through teaching kids the business of chocolate.

Building a company driven by service

Through his decade-plus-long journey so far, Shawn has thought about growth a lot. But it’s far from his top priority.

“Everybody tells us that we need to grow, grow, grow,” said Shawn. “Why?”

Shawn knows that people asking about growth always come with good intentions: your friends and family want you to be rich while your local Chamber of Commerce wants you to provide employment. But he also wants to push back against this notion and ask how companies can stay small while still delivering impact.

“Scaling is a strategy that is not without sacrifice,” he said.

One quote Shawn regularly turns to when there’s pressure to grow for growth’s sake is that “more is not enough.” And he wants entrepreneurs to focus on “enough,” not just “more.”

“We have lived this life of massive consumerism, of over-consumption, and the younger generations are pushing against this … because it’s a truth that they want to live by,” said Shawn.

Rebelling against mass consumerism is part of a larger movement that Shawn calls “corporatocracy,” when a few massive corporations control most of the economic means of production.

Underneath the corporatocracy, though, is the future Shawn sees: responsibility for the social good.

“There are a lot of really small companies that [you] don’t even know, never even heard the phrase ‘social entrepreneurship’, but they have rolled up their sleeves and they’re doing good works on their street, in their neighborhood.”

For new entrepreneurs trying to fight against the corporatocracy, Shawn has a simple rule: ask yourself how much is enough, don’t just ask for more. While “enough” will change throughout your life, it’s critical to figure out what is enough for you right now, then center your actions to that end.

This, said Shawn, will help create “companies of the future that are not completely driven by profit but are driven by this notion of service to their brothers and sisters in need.”

Building a business, rebuilding a life

There’s an adage that you should always start how you mean to go on. But the problem Shawn sees is not starting out with good intentions; most entrepreneurs do that. Instead, it’s keeping those intentions at the forefront when growth comes calling.

You can – and should – still aim for profit. The key is to balance profit with staying true to your purpose and your “enough.”

For Shawn, this balance of profit with “enough” turned out to be his savior. Instead of wondering why things don’t feel good even though he’s “successful,” Askinosie Chocolate has meaning behind every action and every dollar of profit, which helped rebuild Shawn’s mental health and give him a renewed sense of purpose in the world.

“I am confessing that my company is less valuable than it might have otherwise been,” said Shawn. “And I am okay with that. Why? Because it would be out of balance for me to end the company in a way that is inconsistent with the way I started it.”

A Branding Expert Shares: How to Use Design Templates Like a Pro

What Employee Ownership Means for Trident Cafe and Booksellers

New: Access Dropbox, Google Drive, and One Drive From Right Within Buffer

Grow Your Influence, Build Your Brand: 4 Powerful Ways to Use LinkedIn

How LinkedIn Has Transformed The Businesses of These 3 Entrepreneurs